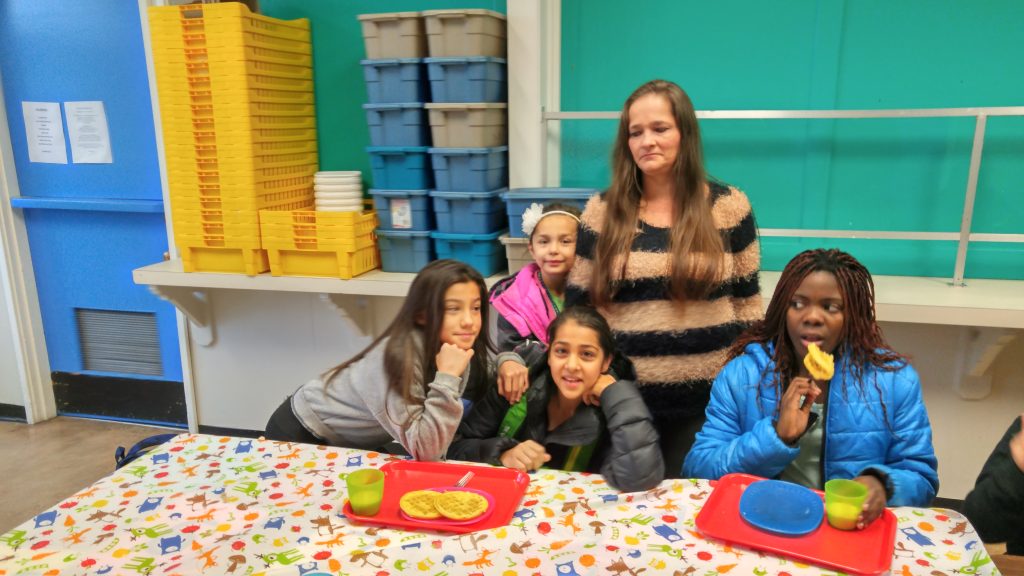 Social assistance rates have been frozen for almost a decade in B.C. while a white-hot real estate market has pushed rents through the roof.

Which is why Sean Gaster, principal at Edmonds Community School in Burnaby, sometimes sees 60 children a day coming in hungry looking for breakfast. Parents, too.

“It’s very difficult for some families, even refugee families who have been sponsored. Money is very tight, especially with increased housing rental costs,” says Gaster, whose school is one of the city’s major resource centres for refugee families and others struggling with poverty.

“A lot of their money is now going towards rent, and that takes away a proportion of their ability to buy food.”
One refugee family of six found themselves $90 a week short of what they needed for food when the father lost his day-a-week job, said Gaster.

The school is attached to the Edmonds Resource Centre, a hub that provides help and assistance to refugee families — now mostly Syrian — starting life in Canada.

While Syrian parents are learning to speak English in the centre, their children are next door in class.
It’s unlikely there is a harder-working public building in the city.

“We are open six days a week until 10 p.m. There isn’t a piece of space that isn’t being used,” says school coordinator John Nanson.

Fifty groups use the school, including an Egyptian cultural group and one from Eritrea. Eighty per cent of the school’s 290 children are from families in need.

The school district provides lunch for children and subsidizes those whose families can’t pay. The Vancouver Sun’s Adopt-A-School program has been providing money for breakfast.

This year, the centre needs $10,000 to keep its breakfast program operating.

Gaster said it takes the support of the city, the school district, private donors, Adopt-A-School, and other organizations to keep families going.

Maria Gunner, a single mother with two children in Edmonds, said she couldn’t cope without the support she receives there.

“I really couldn’t. It means so much to us,” she says.

She is on social assistance and lives in sheltered housing in East Vancouver, but travels each day to serve breakfast as a volunteer.

It takes $228 a month to get herself and the children there by bus — a large chunk of her income, but one she’s willing to pay.

By the time she pays her fixed bills, she has $506 a month to feed, clothe and provide for herself and two children.

Does she sometimes find herself out of money?

“Yes, all the time. Usually, it’s in the middle to the end of the month and I try to save something for bread and milk. But it gets hard feeding two growing children,” she says.

She has tried to find a home near the school, but the cheapest two-bedroom apartment was $2,200 a month. It’s so far beyond her means it might as well be a million.

But it’s an issue she will have to deal with once she leaves sheltered housing a year from now.
“If I wasn’t in subsidized housing, we’d have no money for food.” 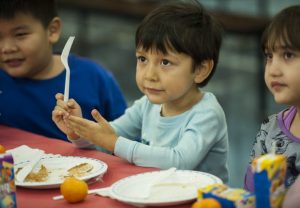