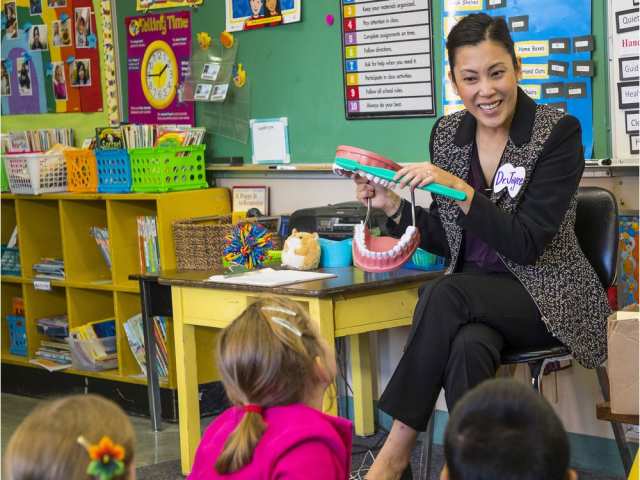 The Backpack Buddies program out of Lord Selkirk elementary feeds as many as 65 families each weekend out of a school of 745 students.

From the large windows in her dental office, Dr. Joyce Chan can see children making their way across Kingsway to Lord Selkirk, the largest elementary school in Vancouver, located a few blocks north.

“It wasn’t until I read stories in The Vancouver Sun last year about the numbers of children going to school hungry that I realized some of the children I was seeing must be in need of feeding,” she said.

Her practice, Karma Dental — on Kingsway between Knight and Victoria — opened earlier this year but she had spent much of 2018 at the site getting it furnished and ready.

Last Christmas, her mother gave her an expensive present.

“She’s the most generous and loving mum and she gave me this lovely bracelet,” Chan recalled.

“I told her about children coming to Lord Selkirk every day hungry and how the school was trying to feed them and how it needed money to feed families over the weekend when they have little or no food.

“She thought about it then agreed, and I said I would put up a similar amount to help with the weekend food.”

So Chan and her mother gave $10,000 to the Vancouver Sun’s Adopt A School (AAS) program. Vanessa Mani, an advanced services worker at Lord Selkirk, is using the money to feed as many as 65 families each weekend out of a school of 745 students.

“That’s a lot of families in need. Food’s expensive and rents are high. And it’s not just families on social assistance or minimum-wage jobs who are struggling,” she said.

The Backpack Buddies program supplies weekend food but Chan’s money allows Mani to add fruit and vegetables and extras like fresh bread and other necessary items.

“Without Dr. Joyce and others we couldn’t help these families,” said Mani.

“I’m not sure if there’s anything more important than feeding hungry children.”

Selkirk is also seeking $8,500 for clothing, jackets, shoes, holiday hampers, bus tickets, lice kits and a variety of needs that families living in poverty bring to the school.

This year requests to AAS from schools across the province total almost $1 million.

They are from teachers wanting to feed hungry children or to provide food on weekends when many poor children and families either don’t eat or have little to eat.

Mani said the signs of children not having enough to eat on weekends are unmistakable.

“You’ll see it on Mondays when the kids come in and the amount of food they eat. They are heavy hitters on Mondays and we always try to give them extra.”

Chan still remembers being puzzled as a child when she found she couldn’t eat all she wanted at a friend’s house.

“I was about 10 and I went to my friend’s house for dinner and her mum had cooked chicken thighs in marmalade. I had a piece and I asked for another and she said no.

“I didn’t realize until years later that that was all the food they had. I was just a kid who wanted another piece of chicken, but there was no more and that was it.

“And here we are 20 years later, nothing much has changed for poor families.” 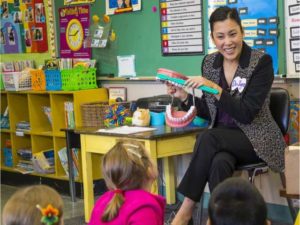